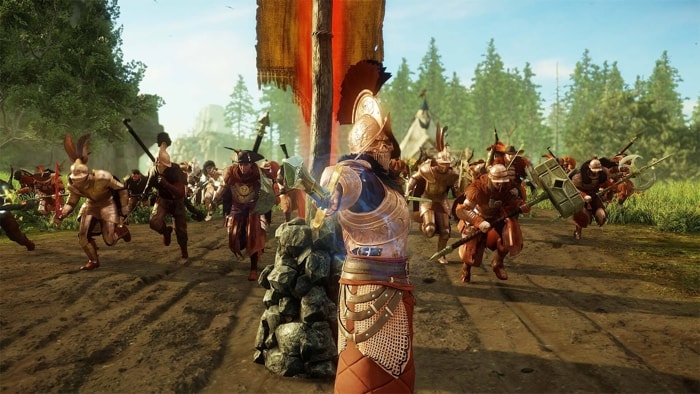 Amazon’s new MMO New World is launching on the 28th of September and now Amazon has revealed that they will also launch an open beta in September.

The New World open beta will be available from the 9th of September, the news was revealed in a recent trailer for the game which you can see below.

The game was previously supposed to launch on the 31st of August although the release date was then pushed back until the 28th of September.

During Closed Beta, we ran into both server issues and over-population resulting in queue times, preventing some players from being able to experience the danger and beauty found in Aeternum. To ensure that everyone has a chance to experience New World ahead of our September 28 launch, we’re excited to announce that we will be holding an Open Beta test. The Open Beta test will utilize Steam’s new Playtest feature, which allows all interested players in our supported regions to request access to the test, for free. Servers will be available in North America, Europe, Australia and South America.

You can find out more details about the New World game over at their website at the link below.