In the last year Amazon has made more than $1 Billion in sales on mobile devices from apps for the iPhone, iPod Touch, iPad, Android and other platforms.

Amazon revealed these figures in its second-quarter earnings announcement, where Jeff Bezos, founder and CEO of Amazon, said “The leading mobile commerce device today is the smartphone, but we’re excited by the potential of the new category of wireless tablet computers. Over time, tablet computers could become a meaningful additional driver for our business.” 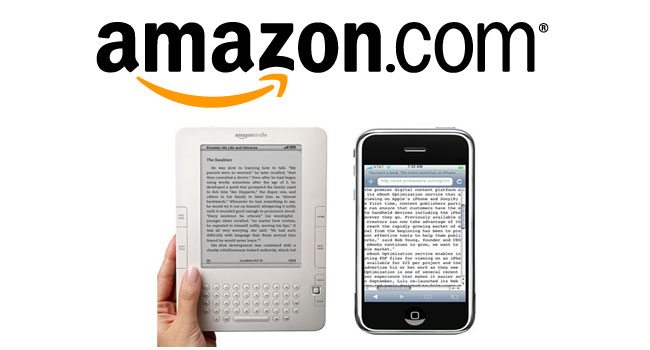 Amazons operating cash flow was $2.56 billion over the last twelve months, compared with $1.88billion for the twelve months before ending June 30, 2009.

Amazon have seen a rapid growth in Kindle, Amazon Web Services, third-party sales of the past twelve months. With digital books now out selling hardcover books. Over the past three months, for every 100 hardcover books Amazon has sold, the Company has sold 143 Kindle books. Have a look and our article on Android vs iPhone to see which smartphone and mobile platform is best for you.

Via Into Mobile Via Amazon News Release