Amazon has launched the store to circumvent Apple’s fees for purchases within their apps, which are around 30 percent, and you can purchase a track from the MP3 web app store on your iPhone or iPod Touch, and then play it immediately with Amazon’s Cloud Player app. 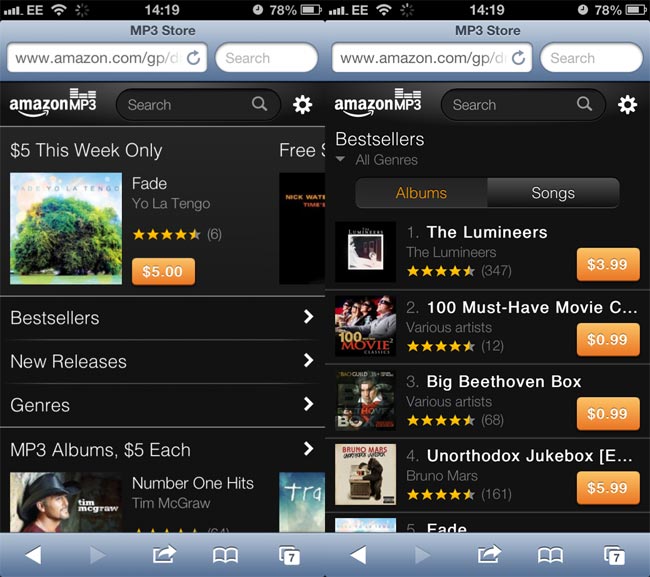 “Since the launch of the Amazon Cloud Player app for iPhone and iPod touch, a top request from customers has been the ability to buy music from Amazon right from their devices. For the first time ever, iOS users have a way do that – now they can access Amazon’s huge catalog of music, features like personalized recommendations, deals like albums for $5, songs for $0.69, and they can buy their music once and use it everywhere.”

Amazon are obviously looking to compete with iTunes on Apple’s own devices in the form of the iPhone and iPod Touch.