The Amazon Kindle Fire HDX tablet share the same specifications apart from the display sizes, both devices are powered by a quad core 2.2GHz Qualcomm Snapdragon 800 processor and feature 2GB of RAM and a choice of 16GB, 32GB OR 64GB of storage. 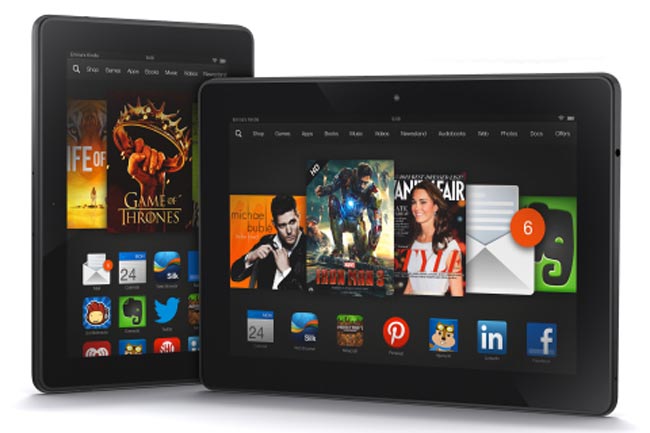 Both of these new Amazon HDX tablet run OS Fire 3.0 “Mojito” and they come with a front facing HD camera for video calls and the 8.9 inch models has a rear facing 8 megapixel wide aperture camera which can record full HD video in 1080p.

Amazon has put all of the new Kindle Fire HDX tablets up for pre-order and they will start shipping on the 2nd of September, you can find out more details over at Amazon.