Jesse Vincent has managed to get Linux running on his Amazon Kindle 2, he hacked the Kindle 2 using a Ubuntu 9.04 port to ARM running in a chrooted environment. 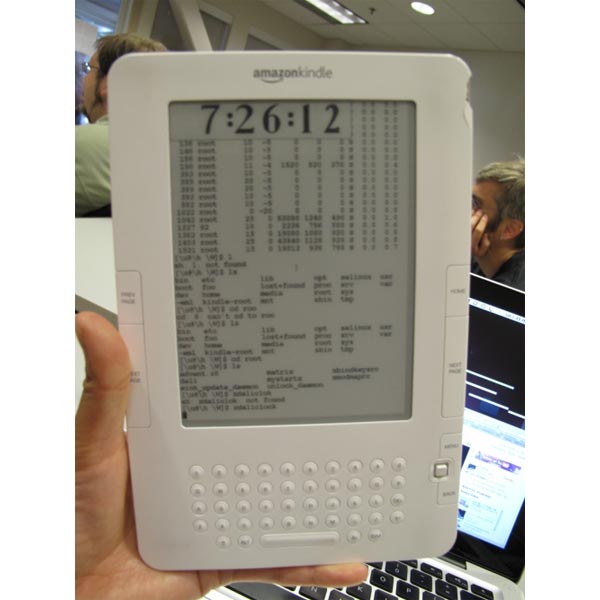 What you see there is a Kindle 2 with the Ubuntu 9.04 port to ARM running in a chrooted environment. On the screen you see xdaliclock in front of an xterm with the remains of a “top” command and a few mildly embarrassing typos.

To open up the Kindle, I used the USB networking debug mode Amazon left hanging around when they first shipped the Kindle 2, a statically linked telnetd and a cross-compiler to bootstrap myself. From there, I built a daemon that can convert DRM-free PDFs and ePubs into something Amazon’s reader on the Kindle can deal with.

After that, I started to get curious about what else might be possible. It only took a few evenings to get a moderately usable Ubuntu environment running.

Mostly, the Kindle is a lovely little Linux box. Getting X working took a bit of hacking, but everything else “just works” with very little configuration.