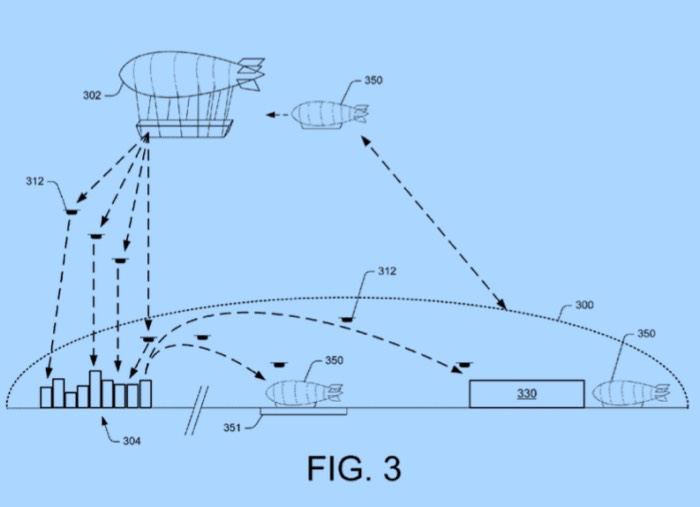 We know that Amazon is working on delivery drones and now a new patent filing for a flying Amazon Warehouse has been discovered.

The new warehouse can be seen in the picture above and it is apparently described as an airborne fulfillment centers.

As we can see from the picture above, Amazon appears to be used a Zeppelin in its picture for the patent, according to TechCrunch, Amazon will apparently send out drones from the flying warehouse to make deliveries.

Whilst the company has filed a patent for this type of system, there are no details on whether this is something they would actually use in the future.