We have seen a number of cool videos which were taken using GoPro cameras, although this new one from German photojournalist Jonas Ginter, might just be the coolest yet.

Jonas used a total of 6 GoPro cameras and a 3D printed mount which he created, the video below was shot using all 6 cameras, and the result is an amazing 360 degree video. 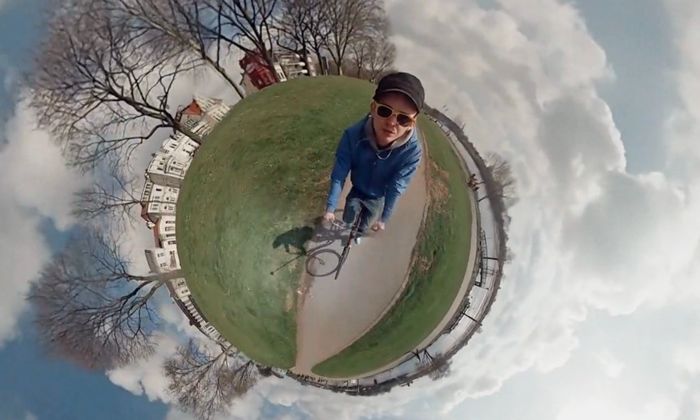 You know those little planet that you can tinker using panoramic photographs? I lead a very simple principle: You turn the camera once around its own axis, it takes a lot of still images, it adds together on the computer and bends the final panorama to a small planet. In the technical language is called the ” spherical panorama “. So terribly cute arise, small worlds that still inspire me. Meanwhile, they can be even easily get in touch with the smartphone .

Jonas spent the last two years working out how to make this cool 360 degree video, and then the last twelve months trying out various different methods of shooting the video.

The plans for this 3D mount that was used in this amazing 360 degree video is now available to download from Thingiverse, and you can find out more details over at Jonas’s website at the link below.

Source Jonas Ginter, The Next Web