If you fancy transforming your iPhone or Samsung smartphone into a virtual reality interface you are going to be very interested in this new device 3D printed device called the Altergaze which offers VR rivalling other headsets such as the HMZ and the Oculus Rift say its creator Liviu Berechet .

The Altergaze device has been created to harnesses the power from your smartphone to deliver a high-quality and cost-effective virtual reality experience and makes it easy for anyone who already owns a 3D printer to download the schematic’s and print it themselves. 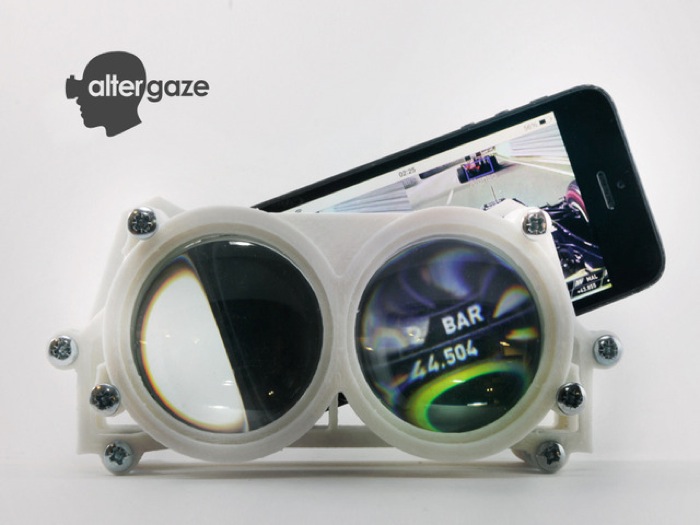 The Altergaze creates a stereoscopic 3D experience with one of the widest field of views developed for any commercial VR interface offering users 110 degrees horizontally and a resolution of 1136 x 640 (1920 x 1080 on Samsung S4), contrast 800:1, brightness: 500 cd /m2. 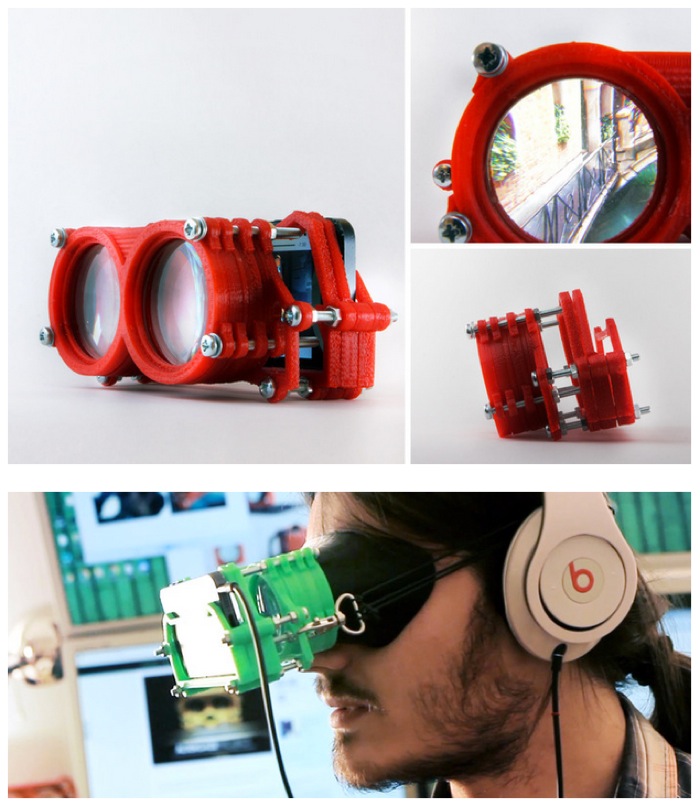 “Used as a handheld device, the Altergaze delivers one of the widest field of view ever developed for any commercial VR interface, all in a lightweight compact package.
For gaming and other complex interactive applications, the Altergaze can be strapped to your head. Optionally, you can use a 2nd device, such as your laptop or tablet, as a universal controller.

Used in combination with the iPhone 5 (Retina Display) images look sharp, bright and colourful, with only a minor screen-door-effect. The low latency head-tracking is provided by the smartphones gyroscope, with an impressive 9 degrees of freedom.”

The Altergaze project is currently over on the Kickstarter crowd funding website looking to raise enough pledges to make the jump from concept to production. So if you think Altergaze is something you could benefit from, visit the Kickstarter website now to make a pledge and help Altergaze become a reality.