Rumors about the miniature version of the HTC One M8 have been floating all over the internet from some time. The alleged handset is expected to see the light of the day in the coming months, but we’ve yet to see the device getting leaked.

Recently, some images of the alleged HTC One M8 Mini surfaced from Weibo. Before you get too excited, there are no Duo cameras as previously rumored. 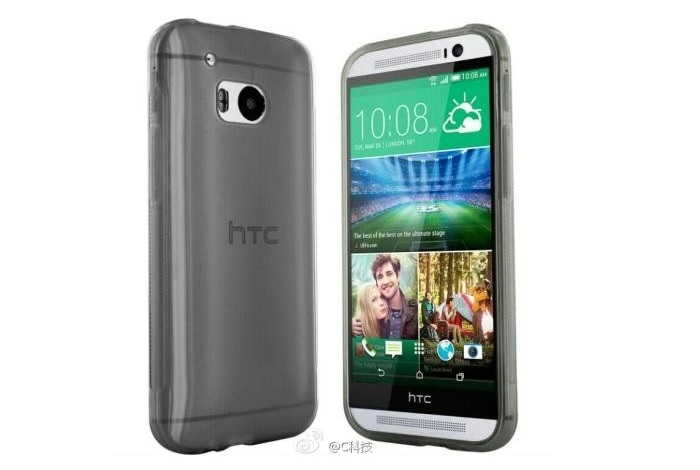 The image above shows the alleged HTC One M8 Mini in a protective case. The handset looks similar to the flagship device, but with a few changes. The handset is smaller, and doesn’t come with the Duo camera which has created a lot of hype. Instead the device is rumored to come with a 13MP rear camera for photos and videos, as well as a 5MP front-facing camera found inside the One M8.

There’s no word about the exact launch date, but it is expected to land at Verizon when it launches. There’s no confirmation if the Big Red will exclusively sell the device, or it will see similar launch as the flagship device where it was available from Verizon for the first two weeks. We’ll find out everything in the coming weeks, stay tuned, we’ll update you as soon as anything pops up.