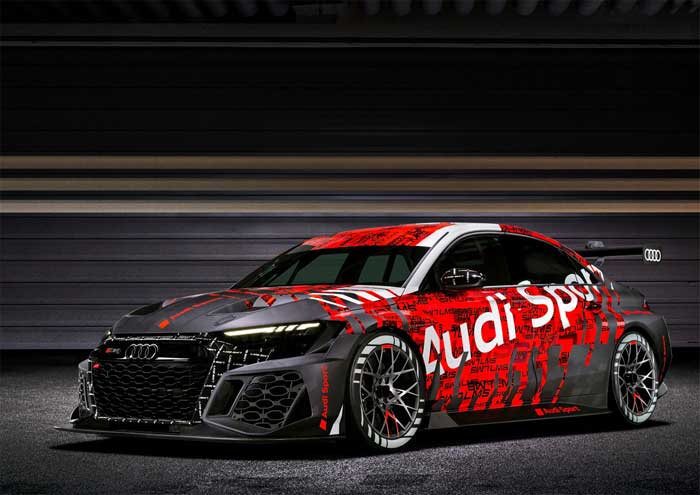 For the last several years, Audi has been making an entry-level racing car that participates in various racing series around the world. The latest version of the car, the Audi RS 3 LMS has debuted. The automaker says the new car is improved in many areas and is a clear commitment to customer racing and stands for records in the Audi racing program.

The model has had significant success on the racing track, with 180 units of the first-generation version built so far. In four years of availability, the racing car achieved 764 podium places out of 1051 races worldwide, including 279 victories. Audi also scored 16 titles in various driver championships in 38 championship successes.

As it goes with most racing cars, hard specifications aren’t available. What we do know about the second-generation RS 3 LMS is that it was designed with two goals in mind: one was to make the production-based entry-level model a better racecar, and to optimize customer benefits in all areas of the car. The vehicle promises to remain affordable to purchase and maintain offering up to 340 horsepower.