Developer Algoriddim who is well known for its awesome Djay application for iOS and Mac systems. Has created another new iOS app called Vjay which has been designed to enable you to mix and scratch your favourite music videos from iTunes.

Or combine songs from your music library with personal video footage, in real-time, providing an iPad interactive audio visual experience. Watch the video after the jump to see it in action. 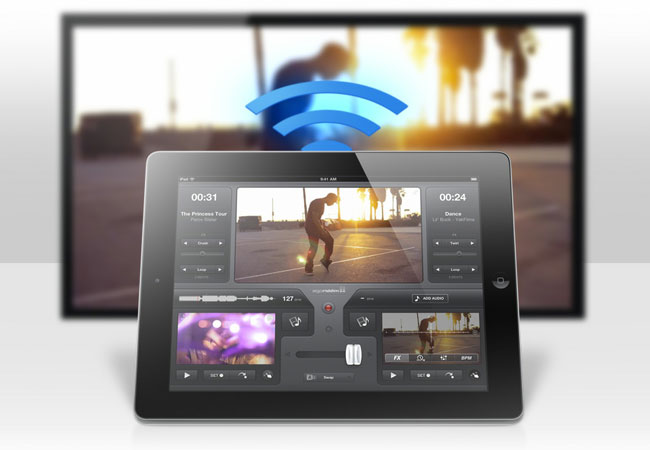 The new Algoriddim Vjay app will even allow you to use the iPad’s built-in camera to add original images and video footage to your creations. Using Vjay you can then display your new video footage directly to a TV, via Apple TV, or record your performances live to share on your favourite social networks.

The Algoriddim Vjay app is now available to purchase for $9.99 from the iTunes App Store.