Alessi is an Italian company who are well known for making kitchen appliances, now it seems they intend to get into the tablet business with the AlessiTab Android Tablet.

The AlessiTab is a tablet that runs Google’s Android OS, and it is designed to be used around the home and comes with an interesting dock. 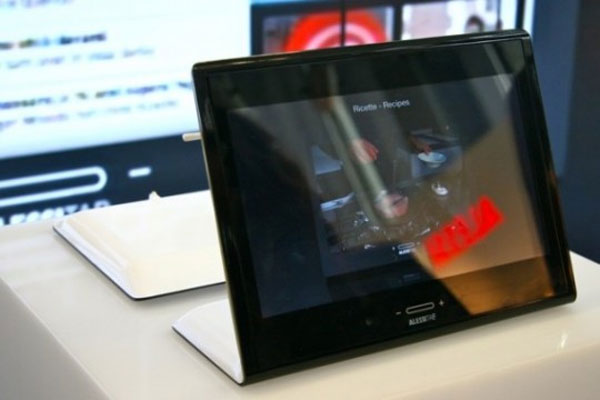 Unfortunately there aren’t many details of what is inside the AlessiTab, what we do know if that it will feature a battery that is good for up to six hour usage and it will be launched in Europe in September 2010.

As you can see from the video above the AlessiTab looks quite interesting, it will feature an SD card slot and a USB port, there are no details on which version of Android it will come with.

The AlessiTab will be available in Europe in September for about 300 Euros about $400. Have a look and our article on Android vs iPhone to see which smartphone and mobile platform is best for you.