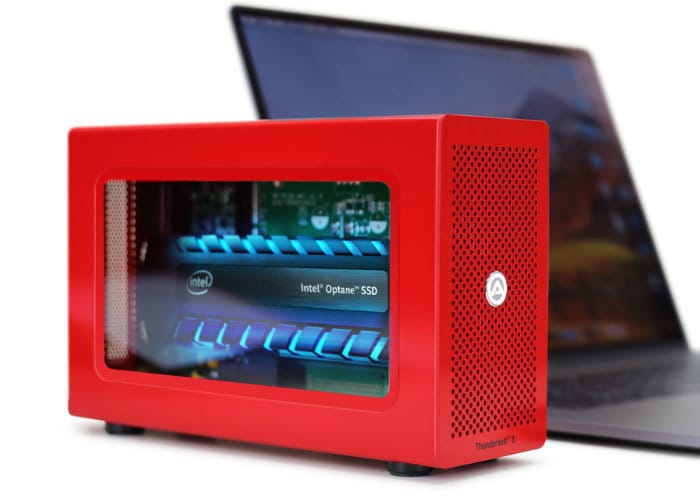 AKiTiO and Intel have partnered to create a new Intel Optane 905P AIC SSD Thunderbolt 3 enclosure in the form of the AKiTiO Node Lite. A special edition of the popular Node Lite PCIe box, bundled with the recently announced Intel Optane 905P, 960GB solid state drive (SSD). The Intel Optane 905P SSD is a new technology that is different from NAND flash memory, offering a hybrid between DRAM and typical storage memory.

As higher capacity drives are made available by Intel you can expect other versions of the AKiTiO Node Lite to be made available. By connecting the Intel Optane drive inside the Akitio Node Lite via Thunderbolt 3 The system is capable of providing incredibly fast performance of up to 2200MB/s in both read and write. “Unlike NAND flash based SSD’s that provide fast performance in only large sized random read/write operations, the Optane drive provides the same phenomenal speeds in both large and small file transfers.”

“We are very excited about this new product.” Said Richard Wright, Vice President of Akitio. “The combination of the ultra-compact Thunderbolt 3 Akitio Node Lite and the Intel Optane drive creates an extremely portable storage solution that makes it possible to transfer files at incredible speeds both at the office and on site.”

For more details on the Node Lite with Intel Optane SSD 905P jump over to the official AKiTiO website by following the link below.