This here is the only replica of Shotaro Kaneda’s bike from the 1998 Japanese film Akira. Though very cool right now, it is even cooler that it seems. 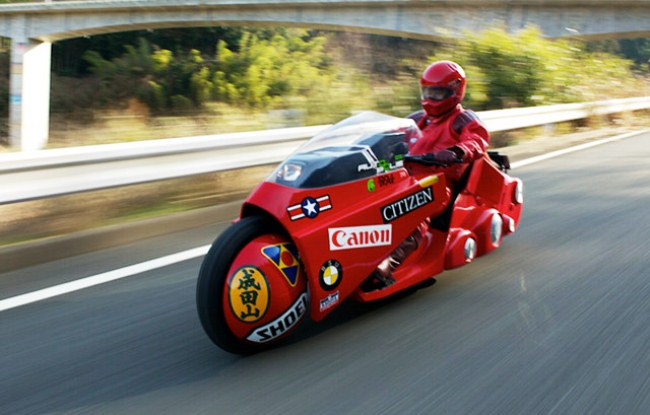 This replica is built by Masashi Teshima for over 7 years and it costs around $120,000 to build. It is an exact replica, down to the bike stickers.

It is the only replica with the blessing and admiration of Katsuhiro Otomo, Akira’s creator.

Teshima is riding his bike in style, and with purpose. He is taking the bike on tour across Japan to help raise money for children’s autism.

And after that, it will be displayed at the Katsuhiro Otomo exhibit where it will be raising money for the victims of last year’s earthquake and tsunami.

Yes, girls, you can saw aaaaw now. And no, boys, I don’t know if you can ride and make “vroom vroom” sounds with it.