This new revolutionary Airnergy Harvesting Battery Charger literally sucks the power it requires out of thin air. It takes a Wifi signal and converts it into a DC power which can then used to power up your devices.

The recharge time depends on the proximity to a Wifi signal. A demonstartion at CES recharged a Blackberry from 30% to full capacity in just 905 by havesting the power from a Wifi signal. Check out the Video after the jump. 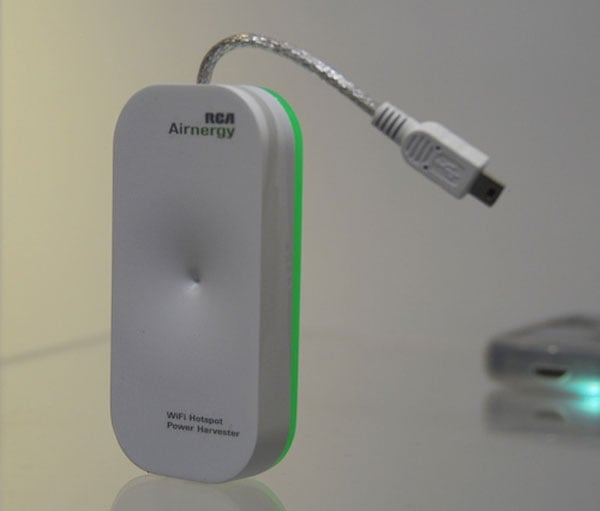 The idea is to reduce the size of the technology to fit in an OEM battery which is hoped will be available to buy for around $39. Which is just amazing.

Via Everything USB Via Gizmodo