This week Chinese tablet maker Ainol has added a new tablet to their range in the form of the Novo 10 Captain. Which is an Android tablet equipped with a 10 inch screen sporting a resolution of 1920 x 1200. 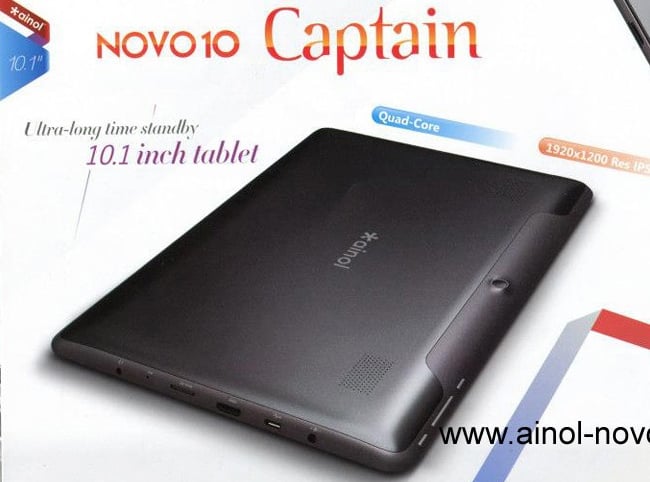 Other features of the new Ainol Novo 10 Captain Android tablet include a 10,000mAh battery, microSD card slot, mini USB port, HDMI output and connectivity provided by Wi-Fi and Bluetooth. Its also fitted with a front-facing VGA camera and a 2 megapixel rear-facing camera.

The Ainol Novo 10 Captain is now available to pre-order from the Ainol website in two versions equipped with 8GB of storage for $213 and 16GB for $260.