This week Ainol have launched a new Android tablet called the NOVO7 in to the marketplace which comes supplied with Android 4 Ice Cream Sandwich. making it the very first commercially available tablet running Android 4, and best of all its priced at around $100.

The Ainol NOVO7 comes equipped with a 7 inch capacitive screen, and is powered by a Ingenic JZ4770 mobile applications processor and 1GHz MIPS-based XBurst CPU. Together with a Vivante GC860 GPU clocked at 444MHz providing 1080p video decoding.Watch the video after the jump to see it in action. 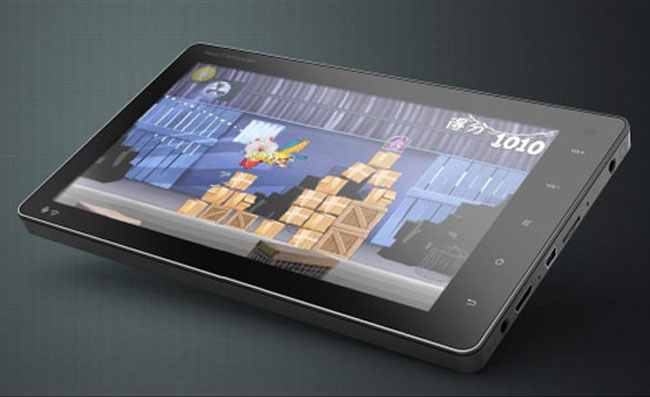 “We are pleased to join with MIPS to announce these breakthrough high-performance, low-power, low-cost Android 4.0 tablets. Combining the elegance of the MIPS architecture and Ingenic’s innovation in processor design, we are bringing a new level of processor technology to mobile devices. As we continue to collaborate with MIPS to broaden the mobile ecosystem around the legendary MIPS architecture, we anticipate even broader proliferation of our devices worldwide. We believe the mobile world will be more versatile and colorful with another processor joining in,”

Its also equipped with a VGA front facing camera and rear facing 2 Megapixel camera, as well as USB 2.0, HDMI 1.3 and microSD slot. The new Ainol NOVO7 Tablet is expected to arrive worldwide within the next couple of months and 8 and 9 inch versions are already in development.