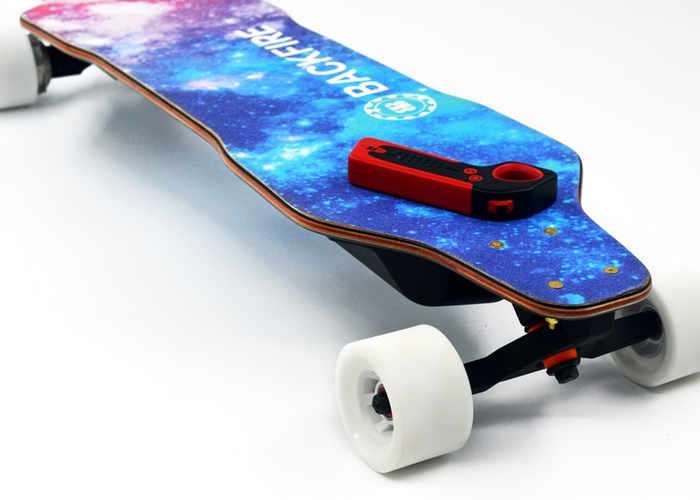 Check out the video below to learn more about the affordable electric skateboard which is taken to Kickstarter this week to raise the $100,000 the team require to make the jump into production. Pledges start from $419 and shipping is expected to take place during September 2017.

The idea of making an Electric Skateboard initially came up from Randy and Jerry about 3 years ago in 2014. Before that, Backfire was found back in 2009, specialized in skateboarding industry including street skateboards and long boards, the company distributed regular skateboards and longboards to over 20 different counties. While we got into the Electric skateboards area with our exciting new ideas, we noticed there were some similar concepts from the pioneer and followers already. However, there are several key things making Backfire different from others:

– We knew skaters better with our specialized expeirences in the past. We knew what skaters like and want, and we care about the quality but we also want to make it more affordable to more people rather than some expensive units but only few people could afford in the market. It took us a couple of years to design and test, and come up the second generation of Backfire Electric board, a mature product with consistent quality and good price for the mass production.
– We pursue better performance of the board: Backfire is proved with more than 1000 hours testing the samples that  our board could reach top speed of 40 km/hr and last 25 km of curious range.
– We focus on details : We know the wheels will be worn out after a period of riding, our new design makes it much easier to replace the wheels (kindly like change tires for car) , keeping the whole board in good performance.

For more information on the new BACKFIRE jump over to the Kickstarter website for details by following the link below.