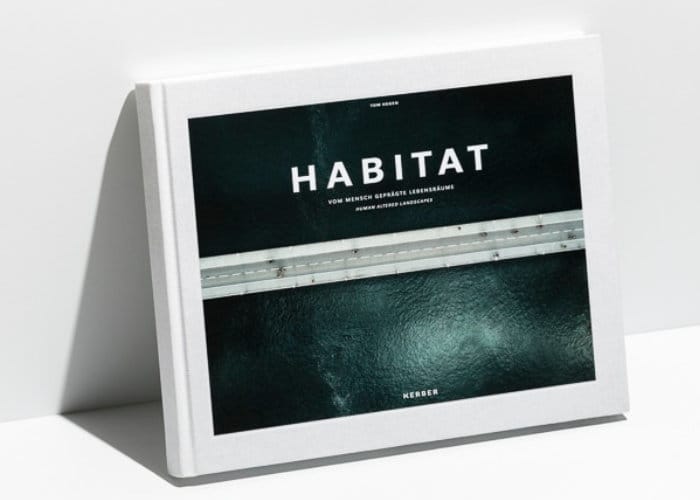 German photographer Tom Hegen has taken to Kickstarter to raise funds to take his new aerial photographic book into production, which catalogues images of human altered landscapes around the world and is aptly named HABITAT.

“The book HABITAT explores the relationship between man and nature by aerial photography. It raises the question of when a man’s influence on Earth began and how our civilization has developed since that. Five chapters and 90 photographs show on over 180 pages traces of human presence on Earth. Each chapter is supplemented by some representative facts and infographics that illustrate to which extent we claim our environment in order to meet our needs. The photos look pleasing at first sight but reveal an irritation of man-made landscapes at second glance. The project invites viewers to discover their environment from a new perspective, to comprehend the dimensions of human interventions on our Earth’s surface, and, ultimately, to assume responsibility.”

For more information and to help bring the unique HABITAT aerial photograph book into publication jump over to the official Kickstarter crowdfunding campaign page by following the link below. “Printed on beautiful 170g/m² photo paper with an essay about the development of the world population as well as facts and infographic that show to which extent we claim our world in order to meet our needs. To illustrate the impact we have on our environment, Germany – a highly developed country in the middle of Europe, where the landscape of about 99,4 Percent of the countries land has been changed – will exemplify in numbers and graphs, how we as humans interact with our environment.”