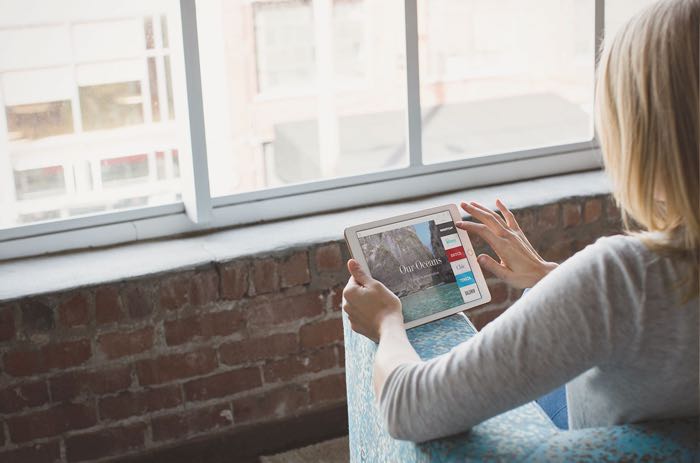 Adobe has launched a new app on Apple iPad, Adobe Slate and the company describes the app as a storytelling app for the iPad.

Adobe Slate is designed to help you turn photos and text into magazine styled content which can then be published to the web.

Adobe Slate builds on the success of Adobe Voice, an app for creating animated videos that was named one of the Apple App Store’s Best New Apps of 2014. Like Voice, Slate features a collection of themes that set the tone for any story – with a single tap. The interface makes it simple to add text, choose the right photo layout and apply carefully curated looks and motion. Leveraging an advanced Adobe animation engine, Adobe Slate makes words and images move with automatically applied scrolling transitions, making it a much more engaging and exciting read.

You can find out more details about the new Adobe Slate app over at Adobe at the link below, the app is available as a free download.