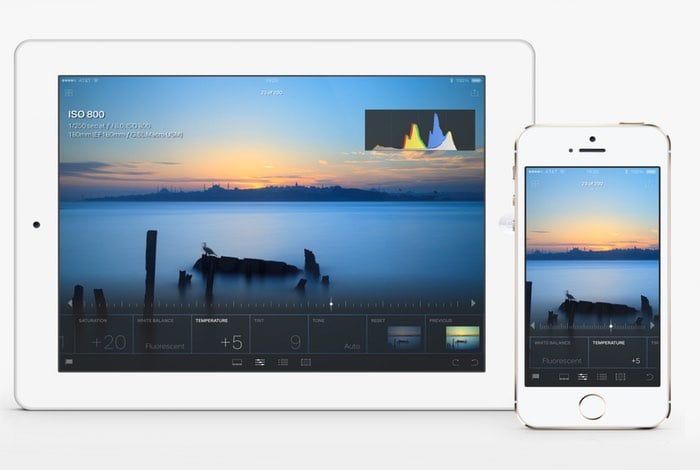 Adobe has today announced the release of a new update for their Adobe Lightroom iOS application, which is now available in version 2.2 and available to download from the Apple iTunes App Store for both iPad and iPhone devices.

The latest update brings with it a number of new features, updates and tweaks as well as the highly requested feature to provide support for full resolution output, for images that have either been captured by the device or uploaded and edited via iOS.

With version 2.2, we added in the ability for Lightroom mobile to output full resolution files for any file that was either captured on the device or added to the device, either through the camera connection kit, transferred via Wi-Fi from a camera directly, or transferred to the device via services like email, Dropbox, or Google Drive. Additionally, any files that were added directly to an iPhone or iPad are transferred in full resolution to other mobile devices signed into the same account. This way, files captured with your iPhone are available for further editing and exporting from your iPad, in full resolution and vice-versa.

One of my favorite workflows is shooting with my camera and transferring to my iPhone for quick editing and sharing. The photo in this post was shot the last time I was in Japan for cherry blossoms, and after reading about how cherry blossom season is going to be extra early this year, I felt it was finally time to finish the image. I transferred the file via Wi-Fi to my iPhone, imported it into Lightroom mobile, edited the file, and exported. Of course, our blog then down sampled the image, but that’s a different story…

Other updated features include 3D Touch support for the Camera Roll browser view as well as the ability to quickly preview your image with Peek & Pop when browsing Camera Roll photos in the application. Together with the correction of issues that could possibly lead two possible crashes together with other various bugs and small issues.

For more information on the new Adobe Lightroom 2.2 update jump over to the official Adobe website for details.