Even the cleats that athletes wear when they are practicing and playing a game are going high tech today. Nike has long had the tech that slips into the sole of a running shoe to record statistics about a workout. Adidas now has a high tech shoe called the adizero f50 powered by miCoach. 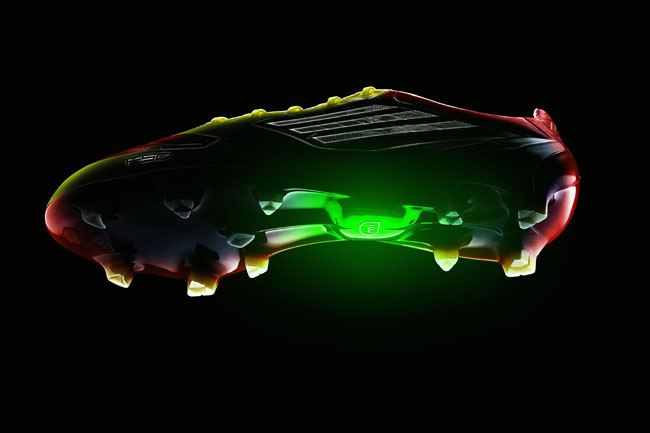 The shoe has cool tech in it and is intended for soccer players it seems. The tech inside the shoe turns it into a training tool that records data like speed, distance, number of sprints, distance, distance at high intensity levels and time. The shoe has a miCoach Speed_Cell on the bottom.

That cell is able to capture movement in 360-degree range. The data is recorded every second and stores all of the data to look at later to help improve the performance. The price of the shoes is unknown at this time.