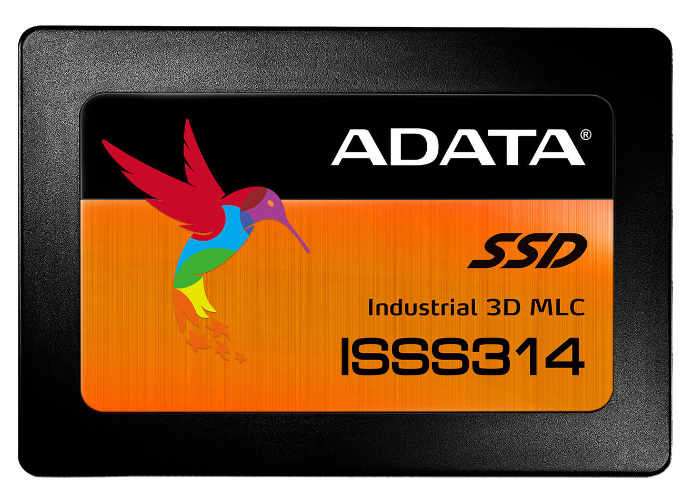 Unfortunately no information on pricing or worldwide availability has been released as yet by ADATA , but as soon as information comes to light we will keep you updated as always.

The increased durability and power efficiency of stacked NAND Flash compared to older planar NAND offers very appealing advantages in applications that require non-stop and long term use. The ISSS314 range has an MTBF of 2 million hours, which is 25% more than comparable 2D NAND drives. At the same time, they consume just 2.5W per drive while reaching 512 GB in capacity. Modest power draw translates into major electricity savings over the life of the drive, especially in large installations where many units are needed. Across the range, ISSS314 drives reach 560 MB/s read and 520 MB/s write.

Industrial strength storage : Robust materials and careful design provide users with SSDs that can easily work in temperatures from -40 to 85 degrees Celsius. They are also rated for 20G vibration, 1500G/0.5ms shocks, and 5%-95% humidity. This means ISSS314 drives can be used reliably anywhere in the world. They are tough not only on the hardware level, but also in firmware. ADATA has implemented wear leveling, S.M.A.R.T, NCQ, and TRIM command to bolster data integrity and maintain peak.