Acer has shown off a new Android tablet at CES, the Acer Iconia Tab 2012, which is probably one of the first Android tablets to feature a full HD display with a resolution of 1920 x 1200 pixels.

The Acer Iconia Tab 2012 will come with the latest version of Google’s mobile OS, Android 4.0 Ice Cream Sandwich, and it is powered by NVIDIA’s new quad core Tegra 3 processor. 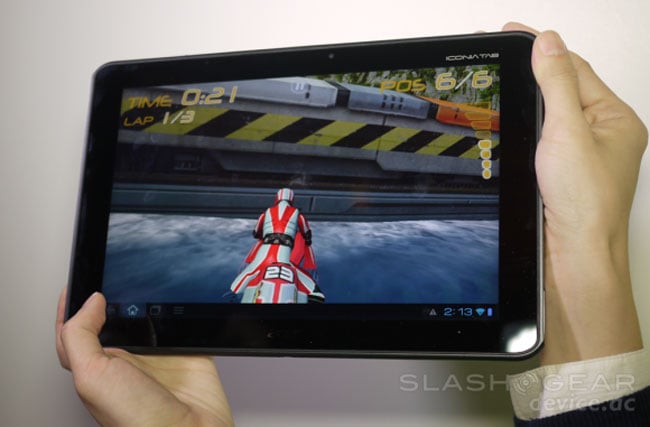 The Iconia Tab 2012 comes with a 10 inch touchscreen display that is capable of displaying full HD video And content, it is expected to go on sale in the second half of 2012.