Early this week we featured a new demonstration video of then yet to be announced, Acer Iconia Tab A200. Well today Acer has now officially announced the arrival of their new Iconia Tab A200 tablet.

The Acer Iconia Tab A200 is equipped with a 10.1-inch display sporting a resolution of 1280 x 800. Powered by a NVIDIA’s 1GHz Tegra 2 processor, supported by 1GB of RAM. Together with Acer’s new ring user interface allowing you to access apps from any screen. 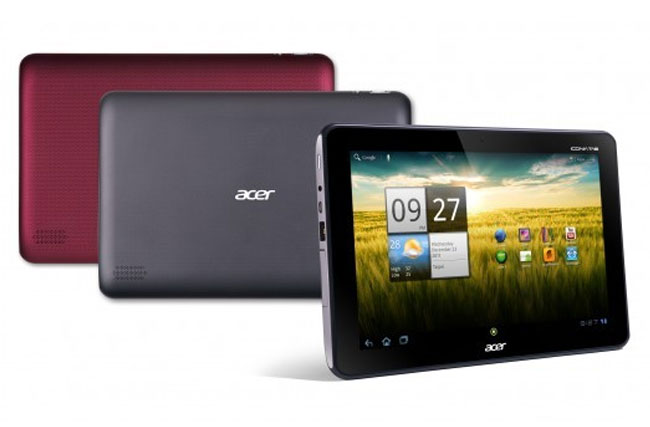 Acer reveals that shipments with Android 4.0 Ice Cream Sandwich will start in January 2012 worldwide. But any purchases before then will be running Android 3.2 OS Honeycomb, but a free ICS upgrade will be made available in January to those users.

The Iconia Tab A200 will be available in either Titanium Gray or Metallic Red. Unfortunately no information on pricing or worldwide availability has been released as yet, but as soon as information comes to light we will keep you updated as always.