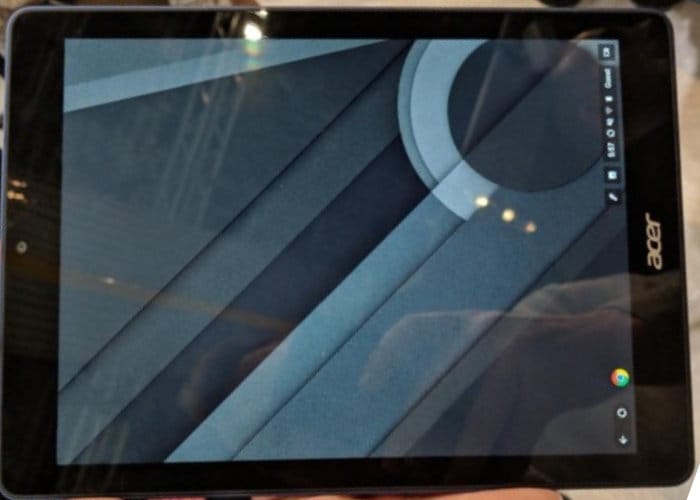 During the Bett 2018 education technology show in London this week, attendee Alister Payne, spotted a new Acer Chrome OS tablet which seems to be one of the very first tablets to be created running Google’s Chrome OS operating system. Although, Acer has not made any official announcement or released any information as yet so specifications and details are still very much unknown at the current time.

However thanks to a photo by Alister we can see that the tablet is running a version of Google Chrome OS and will hopefully join the plethora of Chromebook and Chromebox systems currently available, with the most recent being unveiled during this year’s CES 2018 technology event in Las Vegas this month. 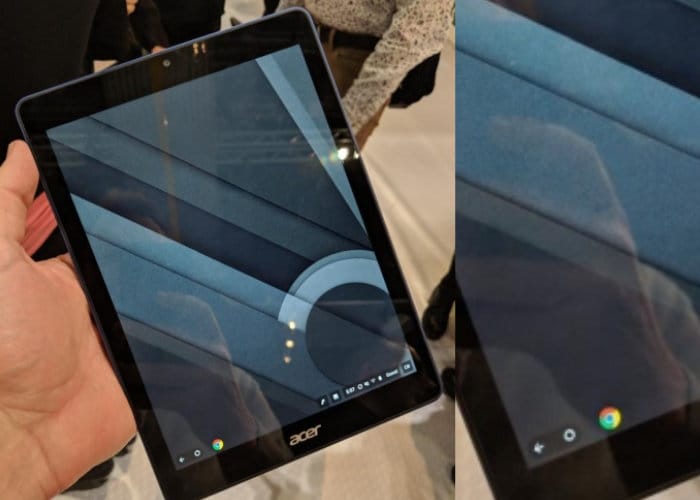 Using the image as a guide, it seems that the tablet is equipped with an 8-inch display offering users a 4:3 aspect ratio, although screen resolutions and processing power are still unknown at the current time. The Chrome OS tablet may also be able to run Android applications providing a versatile tablet that is capable of providing features from both Android and Chrome OS to users.

Unfortunately, no information on pricing or worldwide availability has been released as yet by Acer for the new Chrome tablet, but as soon as information comes to light, we will keep you updated as always.