Acer is on fire, the company announced a bunch of new products earlier today, including the Acer Z5 smartphone, Iconia tablets, and more.

Along with all the other products, the company also unveiled a new Acer C720p Chromebook, which will hit retail in Switzerland, Germany, UK, France, Russia, Netherlands, Sweden and Finland with a starting price of €299. 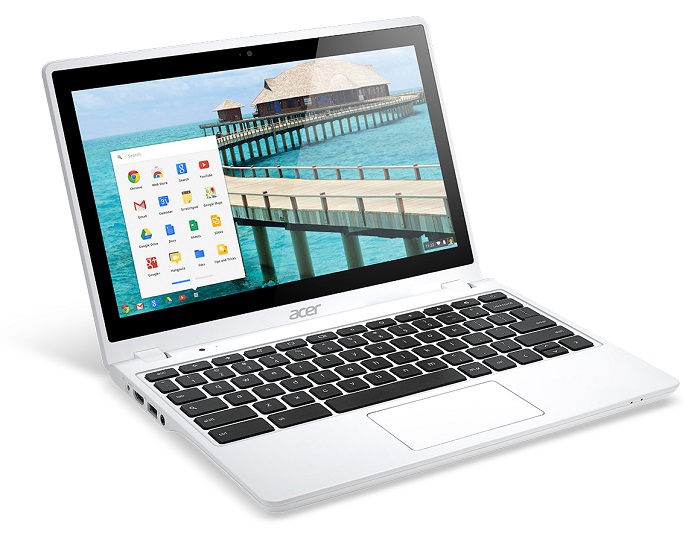 Acer today extends its touchscreen Chromebook line, with a new configuration in a new color – the Acer C720P-2600 in Moonstone White. The striking Moonstone White chassis complements the sleek design of the C720P-2600 Chromebook. The entire chassis is white, giving the device a consistently stylish look from any angle. In addition, customers will enjoy the benefit of touch on the device’s 11.6-inch HD LED back-lit display to do more with Chrome apps, media, games and more.

The new Chromebook comes with a 11.6-inch HD LED back-lit display with a resolution of 1366 x 768. The new Acer C720p Chromebook features Haswell-powered Intel Celeron 2955U processor, 2GB Of RAM, 32GB solid-state drive providing a boot time of less than 7 seconds and quick resuming from sleep. The new Chromebook also comes with improved battery life of up to 7.5 hours, thanks to the Haswell technology.

In addition to the 32GB SSD storage, the new Acer C720p Chromebook comes with free 100GB Google Drive storage for two years, to make sure you never run out of space, and can access simply anything, anywhere.

Are you going to get the new, attractive Acer Chromebook?