Deus Ex Human Revolution developer Eidos found itself in fairly warm water when videos showing  player-NPC interaction revealed a rather… curious NPC called Letitia. Letitia’s jive talkin’ ways have drawn criticism for Eidos, but apparently not enough to warrant more than a fairly tame non-apology. Then again, it was pretty much a non-controversy to begin with, since if showing black characters being poor and speaking in Ebonics is racist, then surely so is every police procedural on TV in the last decade. 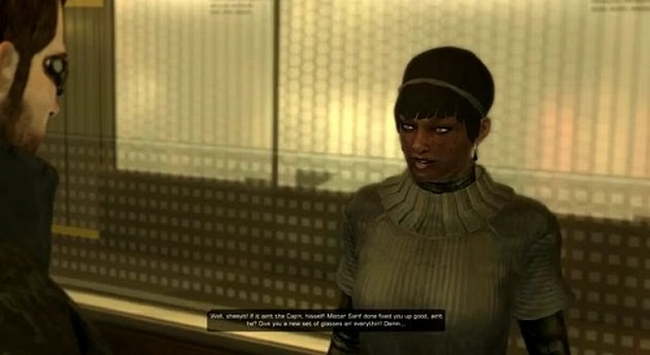 “Deus Ex: Human Revolution is a fictional story which reflects the diversity of the world’s future population by featuring characters of various cultural and socioeconomic backgrounds,” the statement reads. “While these characters are meant to portray people living in the year 2027, it has never been our intention to represent any particular ethnic group in a negative light.”