OK so it isn’t really designed to be used as a golf cart, but it certainly looks like one, maybe what Batman’s golf cart would look like, the A-TAC.

The MetalTech A-TAC stands for Anti-Terrorist Assault Cart, and apparently it is designed to be used  in light spaces such as hotels and stadiums, it is fully bullet proof and has room inside for two armed guards. 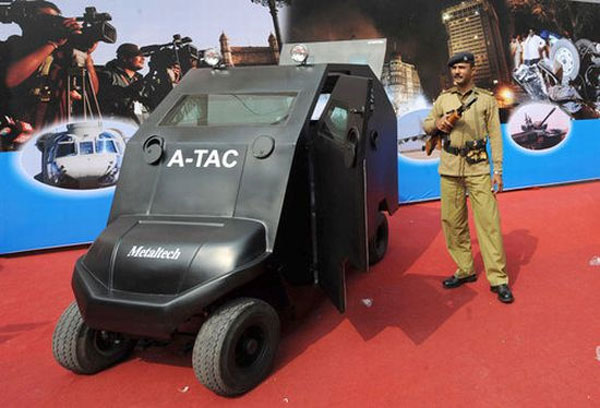 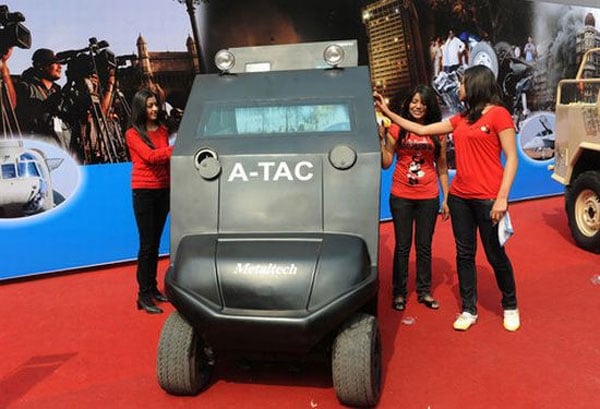 There are fourt slots that the armed guards can fire their weapons out of, it has a top speed of fifteen miles per hour and everything on the A-TAC is bulletproof including the windows.

The A-TAC runs on batteries just like a regular golf cart, and the battery will last for up to six hours, oh and if you want one it is going to cost you a whopping $45,000.