Scientists have created a a new miniature robot inspired by a sweet and spicy Singaporean crab dish that is surprisingly able to remove early stage cancers of the stomach without causing scarring. 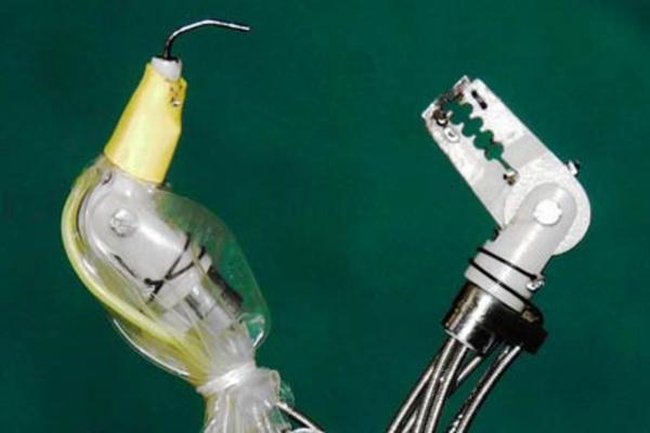 Equipped with a pincer-like limb as well as a hook, the robot is supported by an endoscope and enters the patient’s body via his mouth. Attached to the endoscope is a miniature camera that allows the surgeon to examine the stomach as well as guide the robot arms by means of a monitor.

Enterologist Lawrence Ho of Singapore’s National Universtity Hospital, who helped develop the crab-like assistant, applauds the capabilities of the robot.

According to him, the robot is able to perform fine movements without shaking, as human hands do, when performing the tiny movements. Plus, it saves surgeons’ time and reduces the risk of infections by minimizing scarring.

He believes that the robot will help treat stomach cancer, which is currently the second in the top list causes of most notorious cancers worldwide.