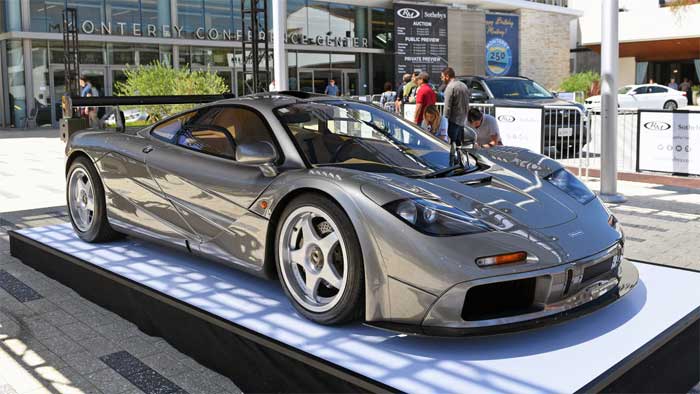 A big auction helmed by RM Sotheby’s last weekend at Monteray saw some very high-end cars sold. The biggest seller was a 1994 McLaren F1 LM. The ride was one of only two LM spec cars made out of the 106 McLaren F1 cars that were built.

It was a normal McLaren F1 when built and was modified at the factory with the GTR engine making 680 hp and high-downforce bodywork. The car sold for a whopping $19.8 million.

The 1965 Ford GT Roadster Prototype sold for $7.65 million, right in the $7 to $9 million range that was expected. Perhaps the biggest news was the failed auction for the 1939 Porsche Type 64.