Little Deviants is supposedly the game that convinced Sony execs that the PS Vita’s rear touch screen is a good idea. After standing in line for two hours to play the thing, however, we’re not sure what game they were shown, because it surely couldn’t have been the same sparse collection of mini-game tech demos masquerading as an attempted retail product, and we’re not just saying that because we spent about 20% of a perfectly good Saturday queuing to play the thing. 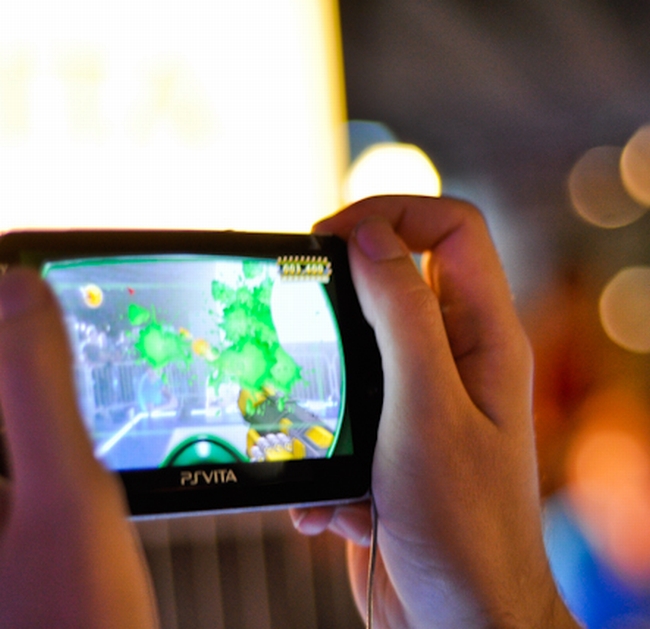 The titular characters are innocuous and generic enough, all of them imbued with all the personality of a carpet, and not a particularly likeable one at that. They only serve as a pretext, however, for a slight breakdown in gameplay form of every major PS Vita feature. We were shown several mini-games which used the rear camera, gyroscope, front and rear touch screens. The first one was the AR game, which attempted to recreate the glory days of early camera phone games circa 2005. In that goal it succeeded admirably, as no game design advancements from the intervening period were in evidence apart from being able to use the main touchscreen to wipe off goo left over from destroyed enemies. However, the games we had the highest hopes for were the ones using the rear touchscreen. We mean, they had to be something truly spectacular to persuade Sony to bolt a seemingly gimmicky and expensive extra attachment to a console that needed every last extra dollar shaved off its sticker. It turns out Sony is very easily impressed.