As A reminder the 8pen android app is designed to remove the problems with having big fingers and relies on gestures rather than virtual areas for keys. A letter is selected by the user stating the sector, the side, and the position of the character they are after all with a touch. 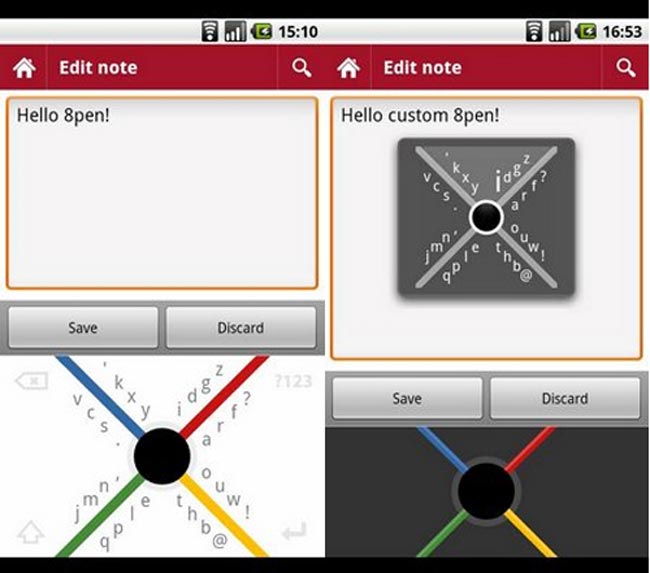 The 8pen Android keyboard app is compatible with Android devices running Google Android 1.6 and above, it is now available as a free download from the Android Market. Have a look and our article on Android vs iPhone to see which smartphone and mobile platform is best for you.