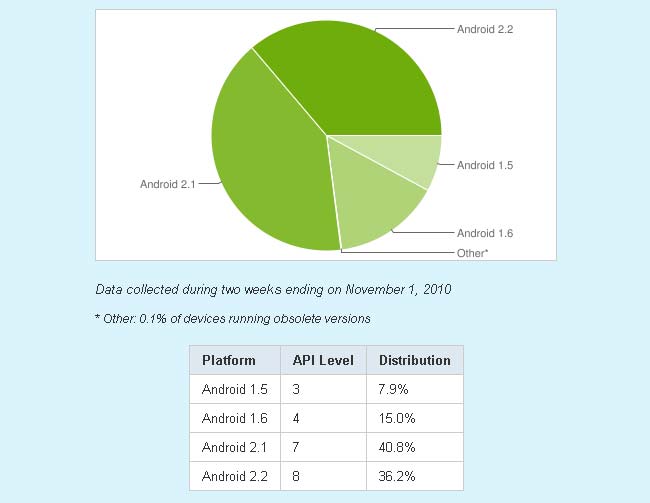 More and more companies are releasing updates to their smartphones to the latest version of Android, although some are still lagging behind, and from the looks of the chart, with only  36.2 percent using the latest version of Android we would say they have some work to do to catch up. Have a look and our article on Android vs iPhone to see which smartphone and mobile platform is best for you.