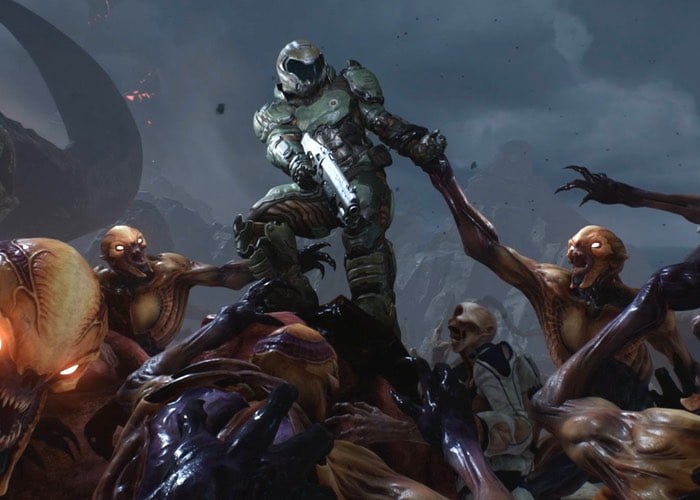 DOOM fans looking forward to the release of the latest DOOM game in the series created by iD Software are sure to enjoy this six minute DOOM gameplay preview which has been released by NVIDIA.

The video below shows exclusive footage of DOOM being played using the Vulkan API on GeForce GTX at 1080p @60fps, check it out th whet your appetite ahead of the games launch tomorrow on PC, PlayStation 4 and Xbox One.

Thanks again to NVIDIA for allowing us to show DOOM at their event in Austin on Saturday. We were thrilled with the response to the videos that some in the audience captured and posted, but we also know you’d like to see high-res, full-screen gameplay.

We weren’t capturing live, (and accidentally left our GTX 1080 at the event when packing up – argh!), but we came back and captured this re-play of the demo. This gameplay is from a PC running Vulkan on a Titan X at 120 FOV – with the player’s personal upgrades and rune perks set for advanced speed and movement capabilities. Enjoy the video and we can’t wait to have YOU play this Friday.

DOOM is back! With a brutal single-player campaign, iconic fast-paced multiplayer, and the ability to create and play your own levels with SnapMap, DOOM delivers all the guns, demons and action you’ve been craving. It’s time to Fight Like Hell. To get even more information on gameplay, check out featured content on Bethesda.net and follow the game on its official social media channels.