Fermilab are building a massive 750 megapixel camera, which features a total of 74CCD sensors, and it is being built by a team of astronomers and particles physicists.

The camera is being built to take photos of the universe and to see whether dark energy exists and exactly what it is. 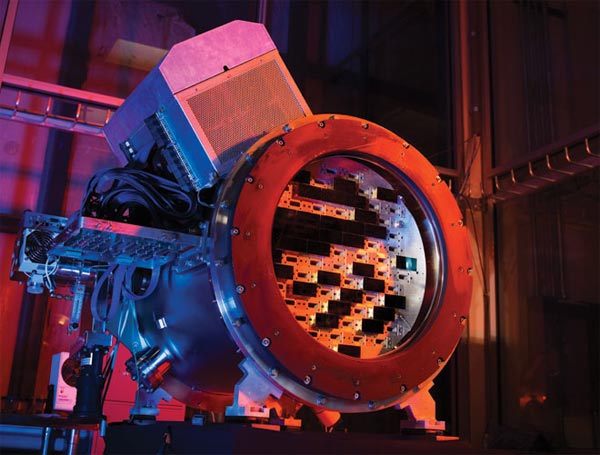 The 570 megapixel is costing a massive $35 million, and when it is completed it will be mounted to a telescope in Chile, and it will be used over a five year period to map more than 300 million galaxies.