3Gear a small three person team based in San Francisco has this published a video demonstrating their new gesture control system, that has been built using two Microsoft Kinect controllers.

Th team has designed the system to provide users with precise gesture based control over systems, using just yours hands. As they say on their website “the mouse is now over 40 years old”, watch the video after the jump to learn more about the 3Gear Kinect Gesture project and see it in action. 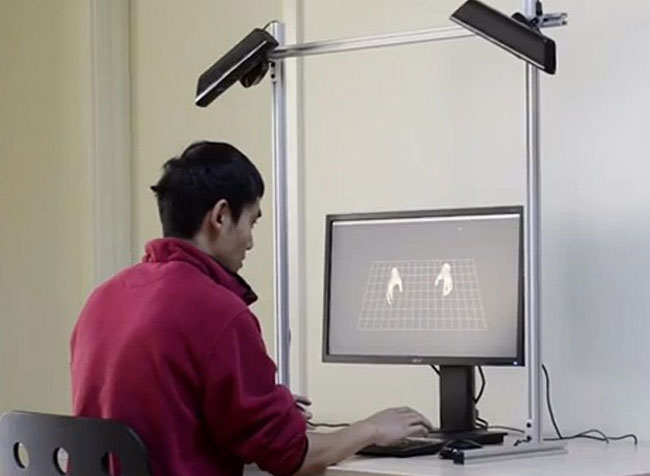 3Gear have created new computer graphics algorithms for recreating the precise form of the user’s hands from 3D cameras, with a database that is packed with already created 3D images recording hand configurations that are possible within the workspace.

“At 3Gear, we’re creating technology that uses your entire hand (fingers, thumbs, wrists and all) for user interaction. This is especially useful when you’re doing something 3D, say assembling 3D parts in Computer Aided Design (CAD), flying through a medical 3D MRI scan, or playing 3D games. With the rise of 3D printing and the Maker community, we’re especially interested in making it easier to create in 3D.”