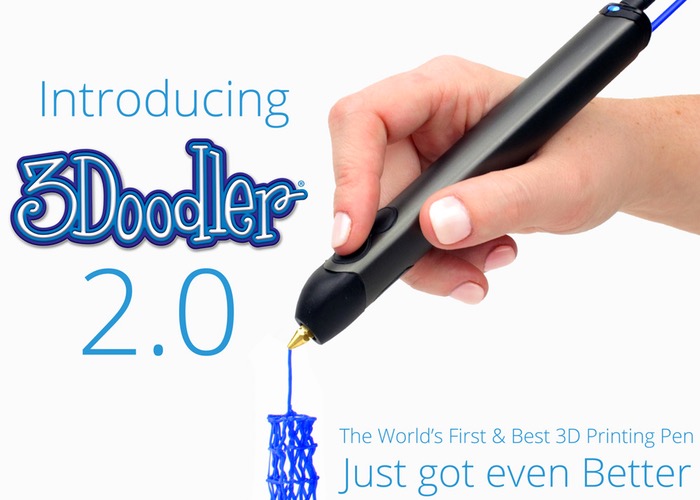 Launched earlier this month over on the Kickstarter crowdfunding website, the new WobbleWork 3Doodler 2.0 that builds on the company’s technology used in their first 3D printing pen. Has now passed $1.2 million in pledges thanks to over 8,400 Kickstarter backers.

During their first campaign the WobbleWork team raised over $2.3 million for their first 3D printing pen and now has created the 3Doodler 2.0, that offers a slimmer, lighter design and is now even easier to use. 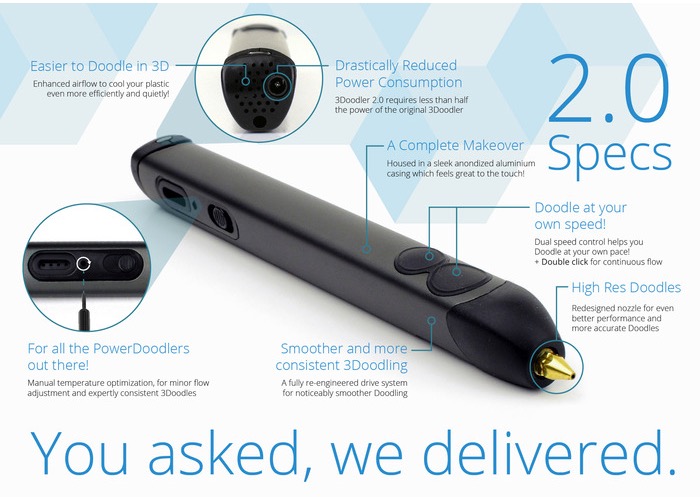 WobbleWork explains : “When we first launched 3Doodler we asked the world to imagine a pen that you could literally lift off the page to create real three dimensional objects; a pen that put the power of a 3D printer in the palm of your hand.

Two years later, we’ve made the world’s best 3D printing pen even better, with a new version that’s slimmer, lighter, quieter and even easier to use. Oh, and just like the original 3Doodler, it’s still by far and away the most affordable way to 3D print. With 3Doodler 2.0 we’re continuing to make 3D creation and 3D design accessible to everyone!

Compact and easy to use, the 3Doodler extrudes heated plastic that cools almost instantly into a solid, stable structure; and with no computers or software needed, the possibilities are limited only by your imagination. Simply plug your 3Doodler into a power socket and start drawing anything within minutes.”

For more information on the new 3Doodler 2.0 that is taking Kickstarter by storm with 6 days of its campigh yet to run jump over to the Kickstarter website for details via the link below.