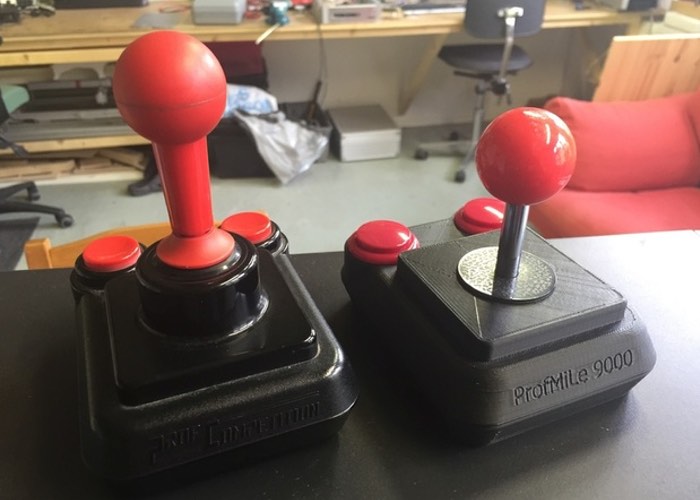 Retro gamer Mikko Leskinen has created 3D files to be able to allow anyone to 3D print their very own version of the iconic Prof Competition 9000 joysticks that were first launched way back in 1988.

Leskinen has published his designs to the Thingyverse website enabling anyone with a 3D printer to create their very own Prof Competition 9000 joystick with the addition of a couple of buttons and of course a stick all of which are available from eBay.

I’m electrical engineer, but I also make 3D design work for our products. I got my first 3D printer about year ago and I’m hooked to 3D printing ever since. The original Prof Competition 9000 were the original joysticks that came with my Commodore C64 in 1988. There was two of them. I used these same joysticks later with my Commodore Amiga. These have worked flawlessly for many years of hard gaming.

I played 15 stages of Giana Sisters without dying on Commodore C64, so I think it works pretty much as I expected. Of course the feel of this joystick is not exactly same as in original, but it is pretty good.

For more information on creating your very own iconic gaming joystick jump over to the Thingyverse to download the 3D printing files and full instructions on the additional components required.