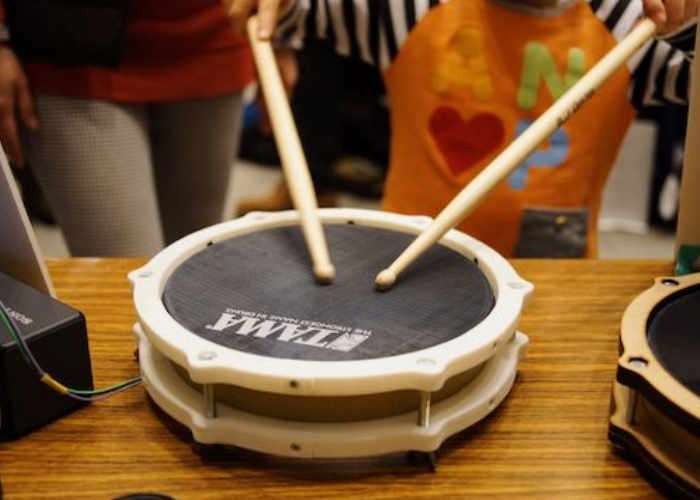 Musicians interested in creating their very own E-Drum pad and have access to a 3D printer may be interested in a new project which has been published by Ryo Kosaka, who has released the designs for a new 3D printed version, which builds on his previous laser cut creation.

The 3D printed version has been created to make the design available to more people and uses an Arduino Uno development Board together with a piezo sensor for the drum. Watch the video below to learn more about the creation of the unique DIY electronic drum pad.

It is made from multiple parts. I did not want to make drums with conspicuous bolts to connect the parts. Therefore, as much as possible, the joint part was made inconspicuous and designed to look like one part. Why? That’s because it is cool.

I do not know why, but I started making drums. The reason is not necessary so much to make things. I just wanted to make it. I studied insanely and managed to make the first prototype. I made it using a laser cutter rather than a 3D printer. I wanted to share it quickly, but nobody has a laser cutter, do you? So I redesigned it so that I could create even a small 3D printer I had.

Information on the net was very helpful in making this. I am really grateful to the great DIY enthusiasts. I think that this drum should be helpful for someone.

Full instructions on how to create your very own are now available via the Instructables website following the link below.