When shuttle Atlantis launches from the Kennedy Space Center later today it will mark the last Space Shuttle flight and no longer with the flight deck be graced with astronauts. If you are interested in seeing just how many switches, dials and screens are packed into the flight deck of a shuttle Vr360 has put together an image that you can explore in detail, by zooming in and out and panning around in glorious full 360 degree’s. 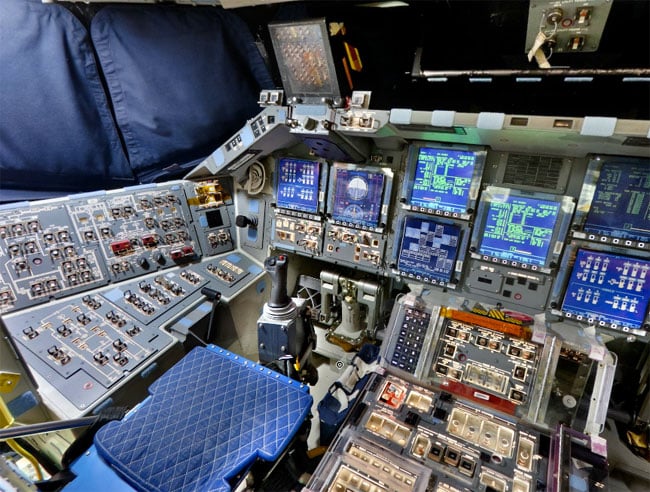 Space Shuttle Discovery (Orbiter Vehicle Designation: OV-103) is one of the retired orbiters of the Space Shuttle program of NASA, and was operational from its maiden flight, STS-41-D on August 30, 1984, until its final landing during STS-133 on March 9, 2011.