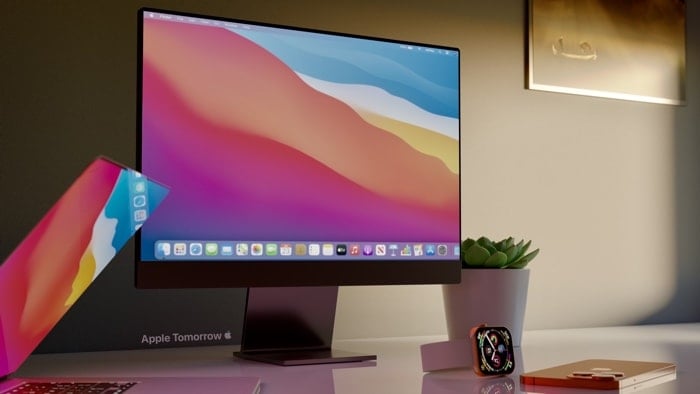 Apple launched their new 24 inch iMac earlier this year, we are also waiting for the new 32 inch model which should replace the 27 inch iMac and iMac Pro.

The new iMac is expected to come with a larger display than the current 27 inch model, it should be around the same overall size but just feature much slimmer bezels.

The news of its launch before the end of the years comes from Bloomberg’s MArk Gurman, you can see what he has to see about the device below.

I absolutely still believe that a larger, redesigned ‌iMac‌ to replace the Intel 27-inch models is en route. Apple increasing the screen size of the smaller model from 21.5 inches to 24 inches seems to indicate that the 27-inch model could see a size increase as well. I don’t think, however, that Apple will launch the larger model with the same M1 chip that’s in the smaller model. It likely will be an M1X, the beefier version of the current ‌M1‌, or an M2X.

As well as the new processor and new design we are also expecting a number of other upgrades which should include a new 1080 web camera and more. We are hoping Apple will launch this new iMac some time in September along with its new MacBook’s and more.