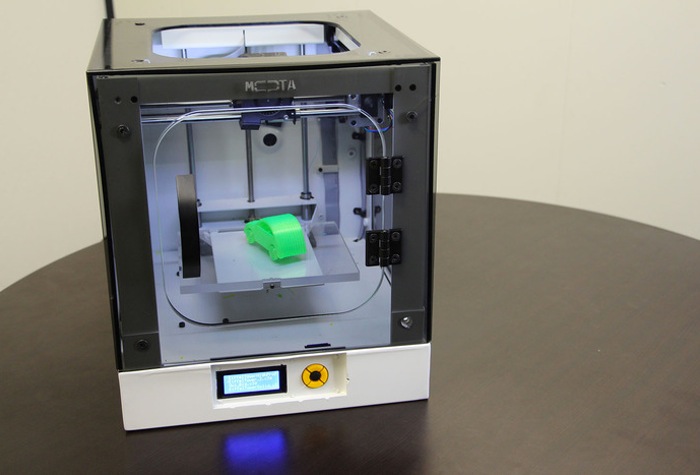 After launching earlier this week over on the Kickstarter crowd funding website looking to raise $100,000, the affordable and high-quality MOTA 3D printer has now been cancelled by its creators.

When the campaign for the MOTA 3D printer launched, 50 units were offered to early adopters for an amazing price of just $99. After which the price rose to $299 and seemingly slowed the pledging process.

Now its creators have published a letter from the Kickstarter website explaining that they needed to cancel the project. Saying that they did not want to start something they would not be able to deliver.

However the company has said they are going back to the drawing board, learning from the experiences the Kickstarter campaign has provided and will be back with a new 3D printing device sometime in the near future. Read the full letter published on the Kickstarter site below. 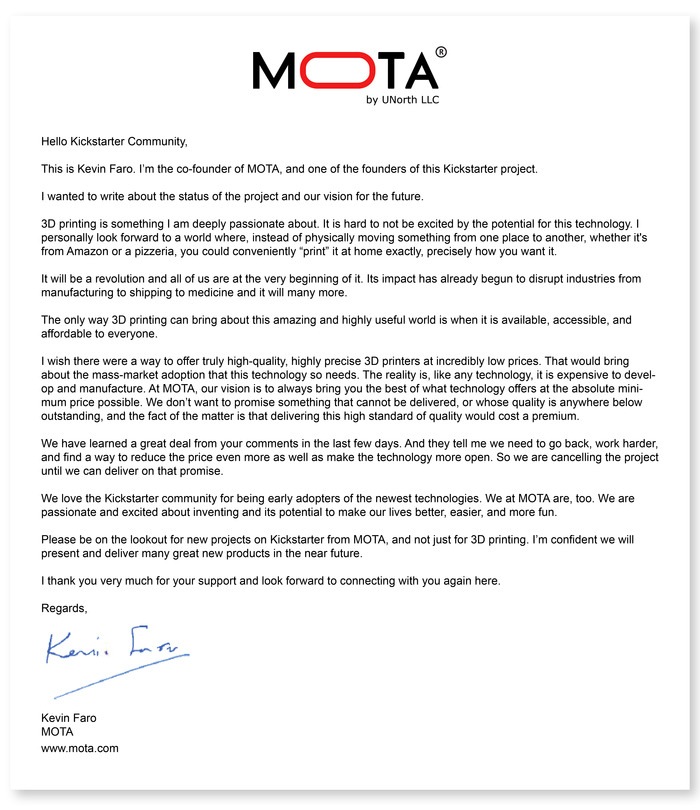 The MOTA 3D printer was designed to offer users a printing area of 6.10 (wide) x 6.10 (long) x 6.5 (high) inches as well as up to eight colours: red, blue, yellow, green, orange, purple plus black and white to print from. For more information on the new direction jump over to the Kickstarter website for details.