What happens when you put together 24 Samsung SSDs, into a RAID array in one PC? You get a super fast PC with amazing speeds, with 2GB per second write speeds.

This super fast PC was made as part of a publicity stunt for Samsung, who wanted to show what could be done with their SSDs, check out this video of it in action after the break. 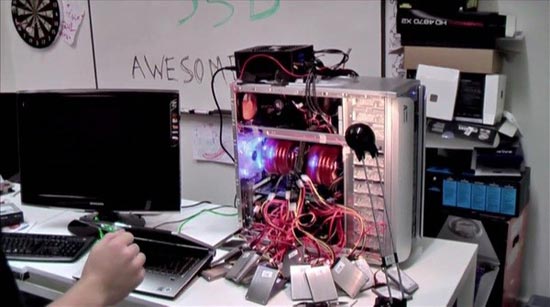 That is one seriously fast PC! I wonder how fast computers will become over the next few years.