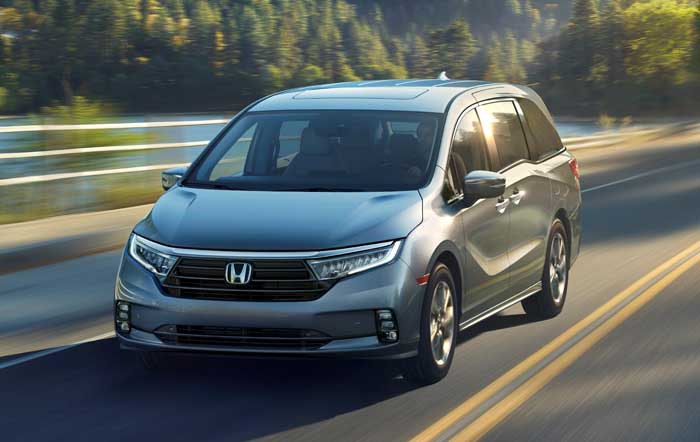 For the folks who don’t want a SUV to haul around a big family, the other option is a minivan. The most popular van is the Honda Odyssey, and it has been top in the segment for a decade. The 2021 model gets new LED headlights and refreshed exterior for all grades. Certain trim levels get a new Rear-Seat Reminder system, and some trims use a camera to show what’s in the rear seat on the infotainment system screen.

The goal of that system is to prevent parents from leaving small kids in the car accidentally. The Honda Sensing driver safety suite is standard on all trims. Interior updates include updated climate controls and second-row seatbacks. It also has a blackout grille.

The vehicle is rated 5-star by the NHTSA and is a IIHS Top Safety Pick. The vehicle has the same 3.5L V6 making 280hp this year as it did in prior years. It can change between operating on six cylinders and on three depending on demand. The 2021 Odyssey was to be unveiled officially at the New York Auto show next month, but the auto show was postponed until late August.