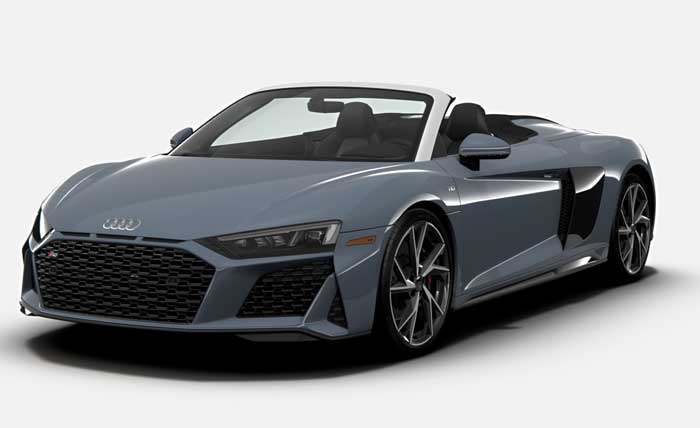 Audi has added a pair of RWD vehicles to the R8 model line with the 2021 Audi R8 RWD Coupe and Spyder. The car features the same V-10 engine that displaces 5.2-liters as the other models in the line. The V-10 makes 532 horsepower and 398 pound-feet of torque.

RWD models can reach 60 mph in 3.6 seconds for the Coupe and 3.7 seconds for the Spyder, on the way to a top speed of around 200 mph for both models. RWD models also weigh less than their Quattro all-wheel-drive brethren. Both the new models are also the least expensive in the R8 line.

The Coupe RWD starts at $142,700, while the Spyder starts at $154,900. Those prices are considerably less than the Quattro versions starting at $196,700 for the Coupe or $208,900 for the Spyder. Keep in mind that the Quattro versions are also Performance models with 602 horsepower and 413 pound-feet of torque. There are several options and interior packages available on the vehicles that can drive the base prices higher.