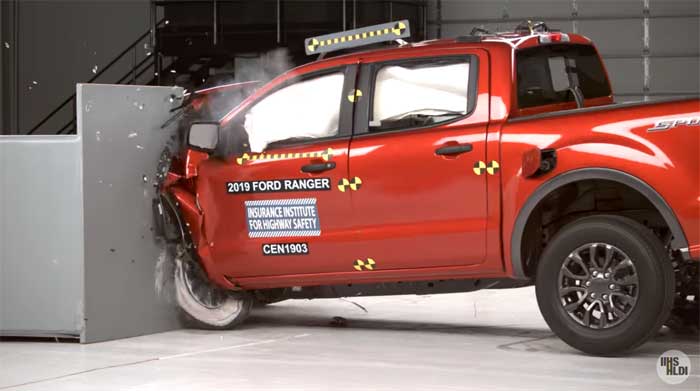 The IIHS in charge of crash testing vehicles in the US has announced the testing is complete of the 2019 Ford Ranger truck. The truck did very well in the crash results and lost points due to its headlights being rated marginal. That marginal headlight rating is the only thing that kept the 2019 Ranger from being a Top Safety Pick.

The results put the truck at the top of the mid-size field in a tie with the 2019 Toyota Tacoma truck. The only truck to outscore the Ranger and Tacoma is the Honda Ridgeline, which isn’t as rugged as the Ranger or Tacoma.

The IIHS hasn’t tested the Jeep Gladiator at this time to compare that truck, IIHS gave the Ranger a Good rating in all tests but the passenger-side small overlap where it was rated acceptable, the same ratings the Tacoma and Ridgeline received.