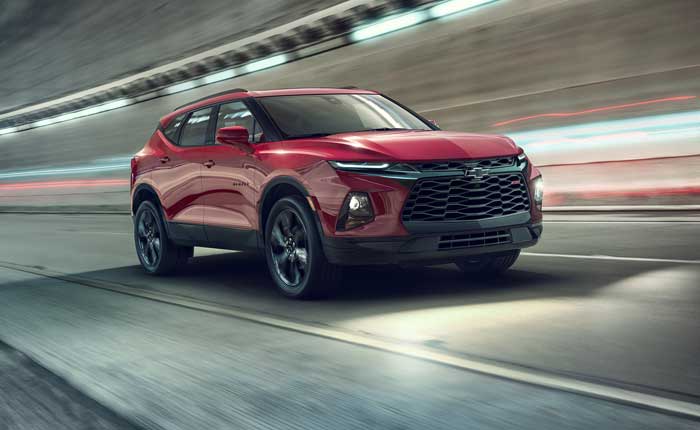 With Ford bringing back the cool Bronco and rumored to be making the beast a real off-roader an announcement that the Blazer, the Bronco’s main competitor in the days of yore, is returning might make you all giddy with anticipation. That is until you realize that Chevy has taken than famous Blazer name and pinned it to another rather boring modern SUV certainly not meant for the off-road enthusiast out there.

Chevy says the new Blazer is a “contemporary midsize” SUV that is attractive but rather boring at the same time. Chevy will slot the car between the Equinox and the Traverse in its line. Blazer will have five-passenger seating and up to 64.2 cubic feet of cargo space when the second row is folded flat.

The rear seats are sliding and there will be an available cargo management system with a rail system and cargo fence, a first for Chevy. Power won’t be from a big V8 like the Blazer’s of days gone, rather you can get a 2.5L four or a 3.6L V6 with 9-speed automatic transmissions. An advanced twin-clutch AWD system is available and when using the V6 the Blazer can tow 4,500 pounds. The new Blazer will and in early 2019 with pricing announced closer to launch.