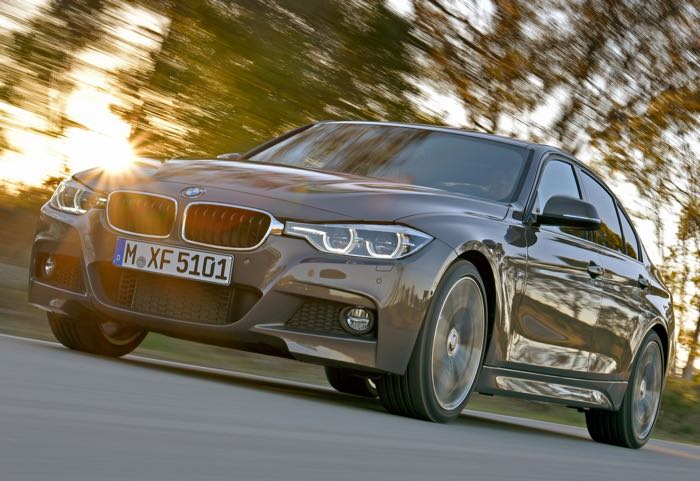 BMW is giving its popular 3 series a facelift and the company has announced the new 2016 BMW 3 series in both sedan and touring models.

The 2016 BMW 3 Series gets a newly designed front end, this includes some new LED headlights, the car also comes with some new engine options.

The new BMW 3 Series model range will be available with an extensive spread of engines from launch. Four petrol units and seven diesels are available, developing from 85 kW/116 hp to 240 kW/326 hp (combined fuel consumption: 7.9–3.8 l/100 km [35.8 – 74.3 mpg imp]; combined CO2 emissions: 185–99 g/km). They can be linked up with a six-speed manual gearbox and an eight-speed Steptronic transmission (standard on the BMW 330d, BMW 335d and BMW 340i Touring). The new BMW 3 Series is available with classical rear-wheel drive or BMW xDrive intelligent all-wheel drive, depending on the model.

You can find out more details about the new 2016 BMW 3 Series over at BMW at the link below.