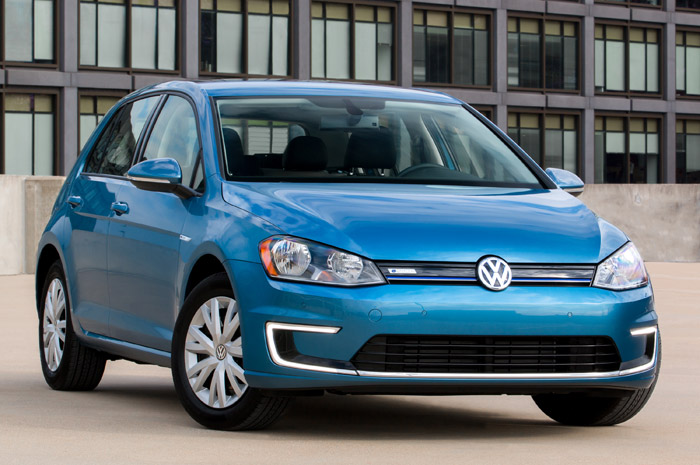 VW has announced a new version of its green electric car called the VW e-Golf Limited Edition. This special edition of the little electric car gets some nice features at a lower price than some of the competition. The VW e-Golf Limited Edition will start at $33,450 and comes with some very nice features for the price. The car can also be leased for $229 monthly plus fees.

For the money, drivers get an all-electric car with an integrated 7.2kW onboard charger that can charge the battery to 80% capacity in 30 minutes. The drive train includes a 24.2kWh lithium ion battery and an electric motor with 115hp and 199 pound-feet of torque.

The car is also fitted with navigation, LED daytime running lights, dual-zone climate control an electronic parking brake, electronically heated windshield, and front and rear parking control among other things. The EPA estimates that the car can go 83 miles on a single charge. The MPGe ratings are 126 in the city and 105 on the highway for 116 combined. The starting price of the Limited Edition is $2000 less than the starting price of the SEL Premium e-Golf model.